A tale of racial bias that delayed a diagnosis 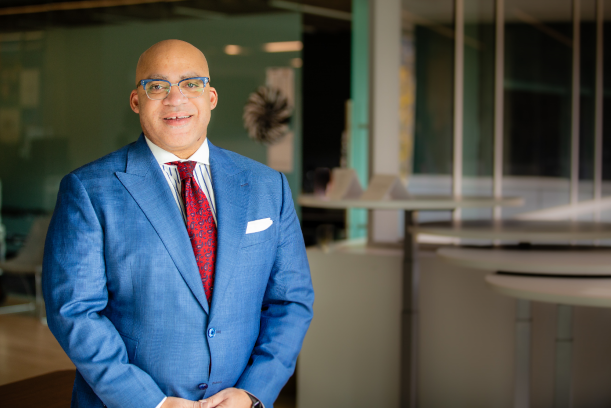 In 2002, Kevin had migraines. Debilitating migraines.

“These medications will never work if you’re still eating a lot of fried foods and canned goods,” Kevin recalled the doctor telling him at a later appointment when the medications prescribed weren’t lowering his blood pressure.

A financial advisor by profession, when Kevin isn’t working, his hobbies include cooking and exercise. He’s the kind of cook who scours farmers markets and finds delight in only the freshest ingredients.

“I don’t eat like that, so I don’t know why that would come up,” he told his doctor.

“Yeah, yeah – but you’ve got to stop eating so much fried food and canned goods,” concluded the physician.

In Kevin’s quest to get his headaches to stop and his blood pressure in range, he decided to move on to another doctor. The same thing happened. The medication was not budging his very high blood pressure.

“Even if it was years ago, if you’ve used cocaine, it will limit the effect of these drugs,” said the second doctor.

“I’ve never used cocaine before in my life; I don’t know why that would come up,” he told the doctor.

Kevin’s blood pressure continued to not respond to any medication. He moved onto a third doctor who had his own ideas about Kevin.

“If you’ve been using steroids and HGH…” the doctor surmised.

Kevin likes to work out, but he’s never been so big and muscular where someone would think that. He tells the doctor he’s never used steroids or HGH (human growth hormone).

“Okay, well yeah, but steroids and HGH limit the effectiveness of these drugs.”

Then one day, Kevin is at the office with his head on his desk in pain. When he calls his HMO to say he has to see a doctor that day, they tell him the only doctor available is at a women’s clinic. Kevin doesn’t care.

He meets the doctor and it’s different. They have a conversation about his lifestyle and about how he has been feeling.

At the end of the appointment, Kevin tells the physician, “Clearly you didn’t intend on having a lot of male patients but if you’ll take me, I would like to stay.”

His blood pressure remained high and in a follow-up visit, his physician took action. “Based on what I know about you, it doesn’t make sense that we can’t get your blood pressure under control, so I’m going to send you to a nephrologist.”

Kevin’s nephrologist diagnosed him with focal segmental glomerulosclerosis or FSGS, a rare kidney disorder that often results in end-stage kidney disease, also known as kidney failure. There are no US Food and Drug Administration (FDA)-approved treatments for FSGS. With some research, Kevin discovered that African Americans are 4 times more likely to be diagnosed with FSGS compared to Americans of European ancestry. He started to wonder how many Black men and women are treated for high blood pressure who really should be treated for FSGS.

Kevin tried to put FSGS out of his mind as much as he could. The online information he came across was despairing, and he feared his friends and clients would Google the disease and see all the negative information. He stayed off patient Facebook groups and other support channels.

Kevin didn’t know anyone else with FSGS when he was diagnosed. But over the years he learned a friend from college had it, and then a client, and then a couple others. He didn’t know the disease was rare, or what having a rare disease meant in terms of limited treatment options.

“What it means to have a rare disease is that you and your doctor have to have a lot of trust to deal with the drugs and treatments that might work and may not work. You have to have a good relationship to be able to try things and see them fail, and just keep trying over and over again. There needs to be collaboration. There needs to be mutual respect coming from both sides, from the patient and from the doctors,” he said.

Kevin and his nephrologist monitored his kidney function and had good rapport as they tried different combinations of drugs to try to slow the progression of the disease.

Once he was being treated for FSGS, the migraines went away but the “medicinal roulette” — as Kevin called the constant adjustment of drugs and doses to slow the kidney damage — was exhausting.

As time went on, his declining health made it harder to manage his everyday life — driving across town to see clients, go to work events or board meetings. He would have to plan for rest knowing there would be days without enough energy. By 2017, the effects of FSGS bore down on him every day.

Later that year, a friend from college donated a kidney to Kevin. Today, Kevin is feeling well and the FSGS has not returned.

“I’m very fortunate that in my career I could be in control of my schedule. I’m also fortunate that I had good enough healthcare coverage that I could go to different doctors, and then find and stick with my doctor, and that we could try all the different medications. I always say that if it had to happen, I was properly positioned to deal with it.”

Kevin has become an active volunteer for NephCure Kidney International – a patient advocacy organization for the nephrotic syndrome community. With NephCure, Kevin helps raises awareness of FSGS and about clinical trials examining potential treatments for FSGS.

This story comes from an interview with Kevin, a guest speaker to Travere Therapeutics on Rare Disease Day 2020. We are grateful to Kevin for sharing his insights and experience.