A journey with IgA nephropathy 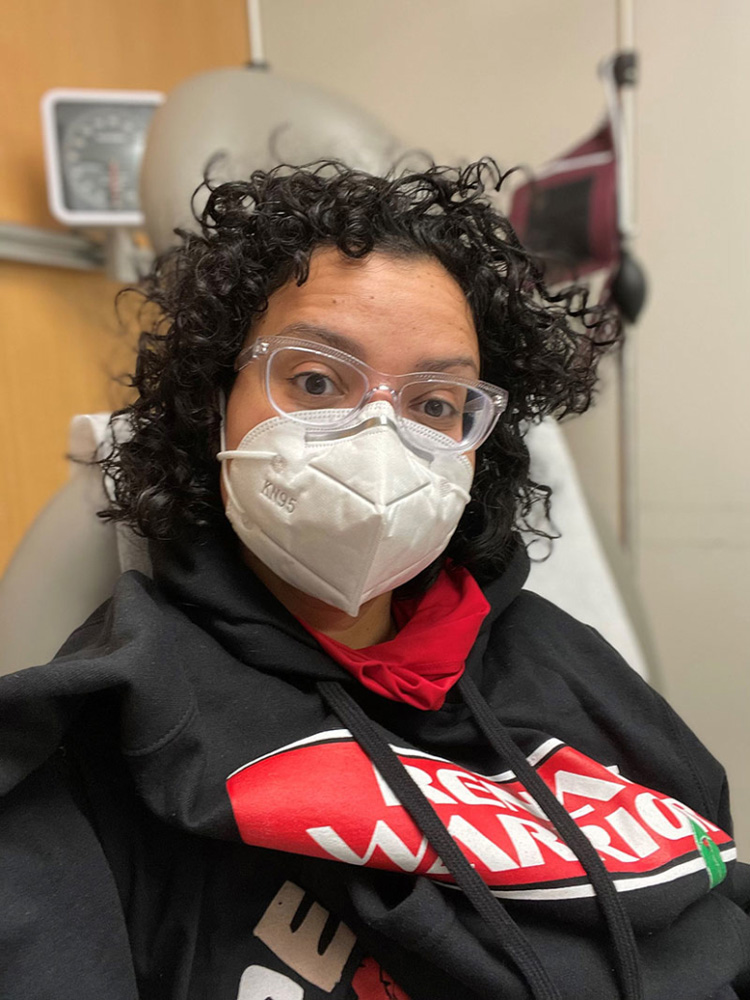 “How do you know you have IgA nephropathy?” asked Gisela’s nephrologist skeptically.

Gisela was 30 years old, talking to a nephrologist for the first time in a decade. She had been diagnosed with IgA nephropathy, a rare kidney disease, at the age of 14. Back then, a stubborn bout of strep throat had her home from school when she noticed her urine was the color of Coca-Cola. Rounds and rounds of tests and more than 5 months later, doctors performed a kidney biopsy and determined Gisela had IgA nephropathy or IgAN.

Regular visits with a nephrologist became infrequent, and then nonexistent in Gisela’s 20s. She shared her IgAN diagnosis whenever she spoke to her doctors, just to be sure that anyone who treated her for absolutely anything knew – whether she was in for a physical or a sinus infection.

Fast forward 16 years from her diagnosis and Gisela has a stomach flu. She recovers and three days later it comes back with a vengeance and an excruciating headache that lands her in the ER. Learning of her longstanding kidney disease, the ER team urged her to see a nephrologist immediately.

The nephrologist didn’t initially impress her. The specialist questioned how she knew she had IgAN and seemed dismissive of her high creatinine and high blood pressure. He ordered labs.

“I love my nephrologist. He ended up being amazing,” she said. When the lab work returned, he called her personally and asked her to come to the office. He explained she was losing too much protein and needed to be on a regimen to control her blood pressure and slow down the protein loss.

“When I think about having this disease, that’s when it became real.”

They tried a cocktail of medicines – ACE inhibitors, prednisone. “It’s treating symptoms, not managing the disease,” she said. “The goal is to keep your kidney function for as long as possible,” she remembered the nephrologist explaining, “and if ultimately you need a transplant or dialysis, the goal is going to be for you to have a preemptive transplant.”

Eight years later, she did.

Waiting to get sick

In the years before her kidney function began declining rapidly, Gisela described people’s reaction to learning of her disease: “You don’t look sick; how do you know you have this thing?” But people were good to her and profoundly supportive – from her high school nurse who conveniently lived next door to her childhood home in the Bronx, to her college friends, and those she met later.

“When I met my girlfriend, now wife, it wasn’t real for her until I got sick,” Gisela said.

Professionally, Gisela project manages creative work for an in-house creative studio team. She made the analogy, “What’s a more important project than your life? As a project manager, in no scenario do you wait for something to get worse before you do something about it!”

IgAN, also called Berger’s disease, frequently progresses slowly. For people with IgAN, the antibody called immunoglobulin A (IgA) is abnormal causing it to accumulate in the blood. The abnormal IgA is recognized by the immune system and antibodies are formed against it resulting in immune complexes. These immune complexes are deposited in the center of the kidneys’ glomeruli which are the filtering units of the kidney. Deposits of immune complexes cause cellular changes within the glomeruli, including inflammation and scarring. These changes damage the glomerular filtration barrier, causing blood and protein to leak into the urine. Over time, this damage to the kidneys’ filtering capability can lead to end-stage kidney disease, also called kidney failure. 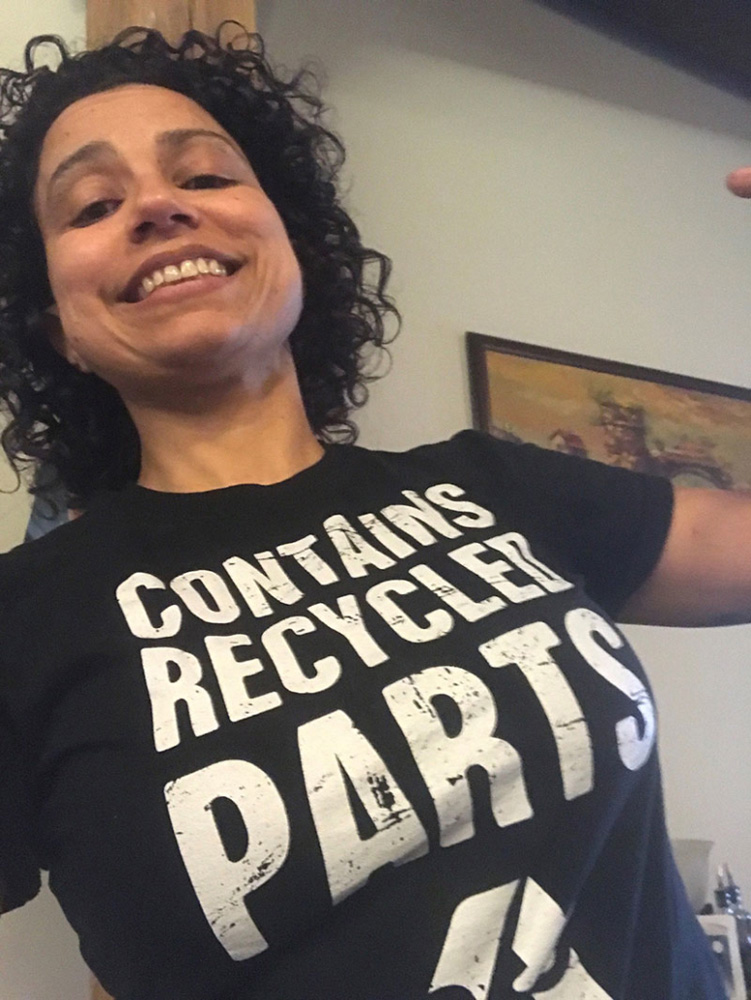 “The waiting is insanity,” said Gisela.

Gisela changed her diet; she stopped eating red meat and stuck to low sodium foods. She started exercising. She watched her creatinine and GFR like a hawk. As Gisela’s kidney function slowed, her nephrologist talked to her about preparing for a kidney transplantation. In autumn of 2017, she was on the United Network for Organ Sharing (UNOS) transplant list. Nausea and exhaustion became constant companions. But the following year, she met her kidney sister.

“The most powerful thing was when I first met someone else who had IgA nephropathy,” she said. Her new friend, also Latina and from New York City, was experiencing rapidly declining kidney function. The two women could talk about symptoms and how they felt, including things their doctors didn’t seem focused on. Unlike Gisela who was diagnosed as a freshman in high school, her kidney sister had been diagnosed as an adult with only 10% of her kidney function remaining, and was going through the steps of preparing for transplant ahead of Gisela.

There is no manual or handbook on asking someone for a kidney. “You have to be an active participant in trying to find your donor,” Gisela explained. None of the first six people who said “yes” could be matched. Tough conversations with many more people ensued. And then, on Rare Disease Day (February 28) 2019, Gisela received a living donor kidney; her brother gave her one of his.

“The other thing about waiting [for the disease to progress] is that I never realized how sick I was until I was better.” She described how people would ask before the transplant if she would be back to being like her old self once she had the surgery. “Getting back to my old self,” she remembered thinking, “I don’t know who that is. Who knows how long I was sick before I was diagnosed?”

She does know that when she woke up from the transplant surgery, she immediately recognized her body was healthier. “I felt like my body was charged. I don’t remember feeling that before.”

Today, Gisela volunteers with the IgA Nephropathy Foundation, connecting people living with IgAN and their caregivers to each other and to information that can make a difference. Her vision is for the foundation to be a trusted resource for all things IgA nephropathy. She sees the need for resources that explain not just the diagnosis, but what to expect at every step. How to tell your partner, your friends, and what they can do to support you. And, importantly, what people living with IgAN can do in the time between diagnosis and dialysis or transplant.

“If I can help one person, it’s redemption for all those things I couldn’t and still can’t control,” she said.